For music schools, children learning to play guitar, or people wanting a small guitar to take camping or to the beach, an inexpensive smaller guitar is a wise choice. However, with so many on the market, it is often difficult to choose the right one for you.

If you prefer a parlor-style guitar that's very affordable, the Fender MA-1 offers classic Fender playability for a relatively low price. If you aren't expecting the sound of a high-end smaller instrument, the MA-1 can be a great addition to your collection.

Things to Consider Before Buying a Smaller Guitar

In many cases, buying a smaller guitar is a great choice, especially for beginners. Before you decide on buying one of these, consider asking yourself the following questions:

Before we explore it in depth, here are some of its pros and cons:

Buying a smaller guitar can be a challenge. These guitars tend to appeal to two markets--smaller children learning guitar and experienced players looking for something portable. Depending on which market you're buying for, certain features may matter more than others. Here's what the Fender MA-1 has to offer:

It would be unfair to expect a smaller guitar to have the same sound quality as a full-sized instrument. And at a low price point, this isn't an instrument that's going to compare to a Little Martin or Baby Taylor. However, especially considering the price, the sound is a fairly balanced one. There's not a whole lot of depth or nuance, but it's pleasant to listen to, and it's definitely enough for a beginner guitar or something to play around a campfire. This video offers a brief sound demo if you'd like to hear it for yourself.

This is a 3/4 size guitar, making it a good choice for smaller people and for beginners. This is also a size that's great for portability. You probably don't want to take your best guitar along with you to the beach, but a durable little guitar like this one is easier to pack. Shorter scale guitars also have some advantages, especially for new players:

If you're interested in learning more about the differences between different scale lengths, this video offers a little more information.

As for body style, the Fender MA-1 is a parlor guitar. These smaller guitars have a rich history, and they were often used by solo players to entertain small groups. As a result, the parlor guitar has a balanced tone, making it a good choice for songwriting, solo performing, or just learning. And of course, its smaller body makes it a great travel instrument or couch guitar.

While most smaller guitars don't have quite the sonic richness of a full-sized instrument, the tonewoods used still shape your sound. With the MA-1, most of the tonewoods have been selected with cost in mind. As you might expect with a guitar at this price point, all the wood used is laminated. The top is made of agathis. This is a cheap tonewood that is commonly seen in made-in-China electrics. You don't see it too often on acoustic guitars. It's related to pine and is somewhat soft. Agathis doesn't have a whole lot of sustain, but it helps keep costs low. The neck is made of the low-cost yet strong nato, a popular choice when it comes to the necks of inexpensive instruments.

The back and sides are made of sapele. This is a tropical, sustainable tonewood that sounds a lot like a brighter version of mahogany. Of course, since a laminate is used, it won't have the resonance of solid sapele, but it does show off this wood's tight, beautiful grain. This video offers a little more information about sapele from a luthier's perspective.

According to the manufacturer, the MA-1 has upgraded tuners--this likely means that they are a step up from the very cheap tuners often seen on less-expensive acoustics. These are sealed, die-cast tuners, and they will help ensure that the guitar holds tune. Especially for beginners, it can be hard to focus on playing with an instrument that constantly goes out of tune.

The other key playability feature is Fender's easy-to-play neck. This neck has a slim taper, making it easier for new players and those who have small hands to move down the neck with ease. The edges also roll at the fretboard. Since many very cheap guitars have sharp-edged frets, this is a feature that most beginners will likely appreciate.

While not strictly related to playability, durability is also a factor when it comes to choosing this guitar. It's designed with school music programs in mind, and its all-laminate body can stand up to being knocked around a bit. This also makes it a smart choice for younger children who are learning to play.

Before buying any guitar, it's a good idea to check out reviews written by other buyers--this way, you can see if there are any common issues experienced. We've searched the web for a few informative reviews of the MA-1. Here are some examples of what other buyers had to say.

This review is a useful one that frames the MA-1 as a starter guitar that can be used as a stepping stone to more expensive guitars. If you start playing with this guitar, you may want to move on to something with a richer sound and greater playability. However, it's a great starter guitar, especially for young children.

This review may also be helpful if you're considering buying the MA-1. In this person's experience, the factory setup was reasonably well done. However, as they mention, a professional setup is one way to make sure this guitar sounds as good as you can make.

Like many reviewers, this person bought an MA-1 for a child. As they point out, you may be able to make some minor adjustments in lieu of a professional setup if you want to improve the playability and overall tone.

Before settling on a smaller guitar, it's usually a good idea to investigate some of the potential alternatives. Here are three smaller guitars that are similar to the MA-1--these can either be used for those just learning to play guitar or for those looking for a durable knock-around guitar.

This 3/4 size guitar is great for beginners who want something with standout aesthetics. Like the MA-1, it's all laminate, but its many distinctive finishes are sure to turn heads. If you need a smaller guitar but want something that looks more distinctive, make sure you check this guitar out. 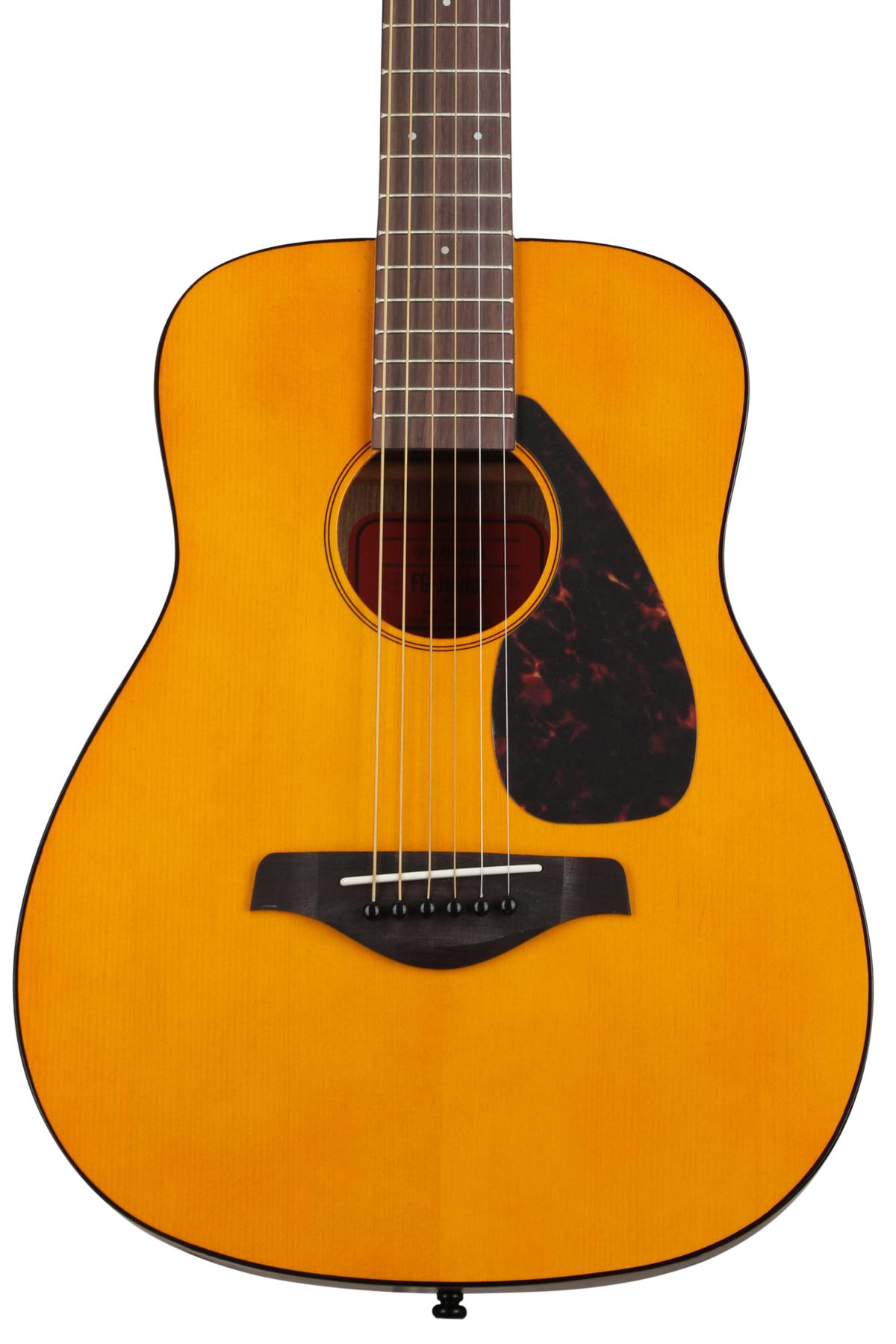 This guitar is modeled after Yamaha's acclaimed FG series. It has a laminated spruce top and laminated mahogany back and sides, and it delivers Yamaha's renowned playability for a fair price. If you want a guitar that's made with the classic combination of spruce and mahogany, make sure you give this one a look. 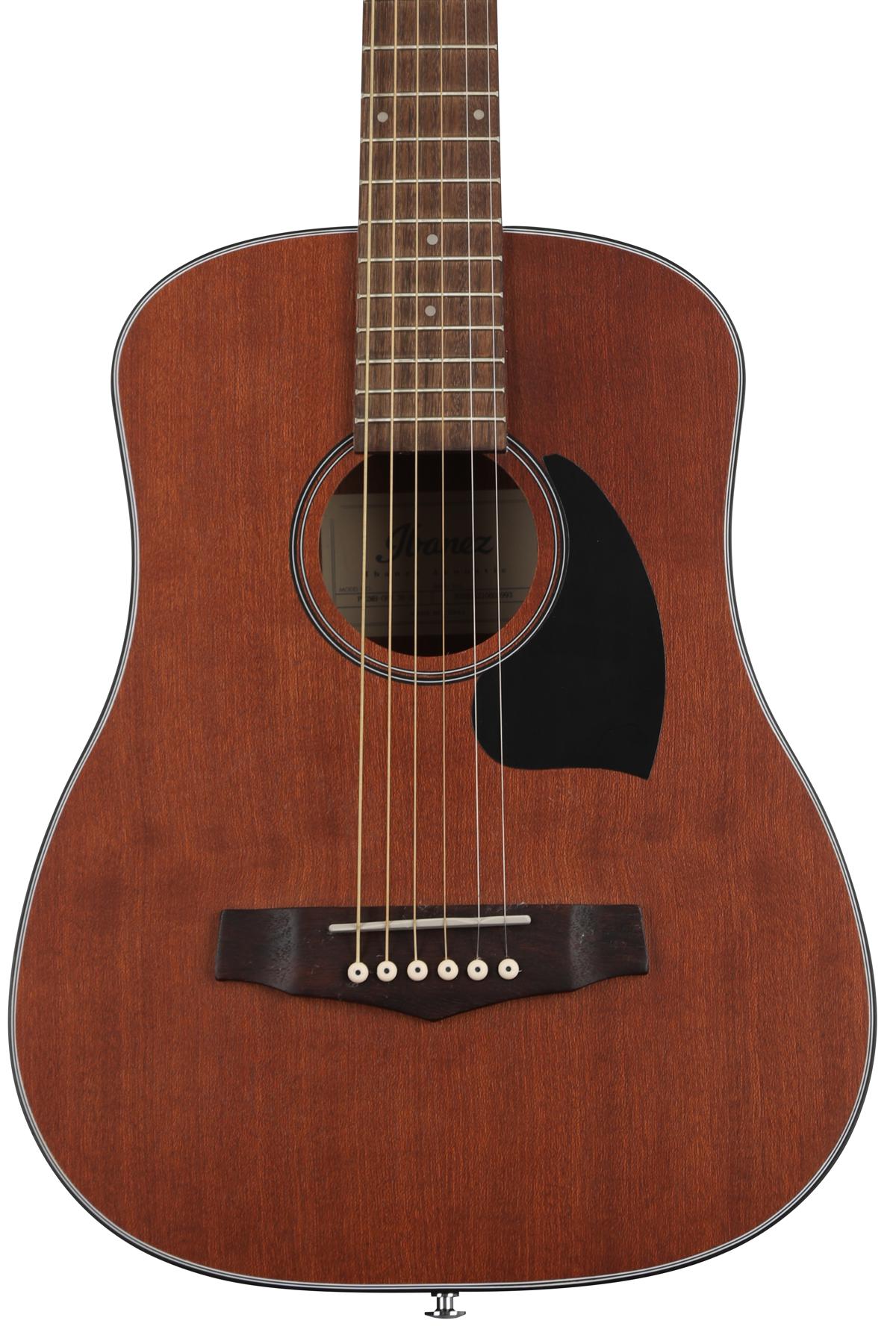 Ibanez is also known as a manufacturer of good quality, affordable guitars. While it's less expensive than the MA-1, it's made of all-laminate mahogany and has a beautiful, open-pore finish that shows off the wood's grain. If you want something that's less expensive but looks a little different, check out this guitar!

Reliable, affordable beginner guitars (and travel guitars) are hard to find, but the MA-1 is an appealing choice, especially if you need a learner guitar on a budget.

This guitar isn't a tonal powerhouse, but its very durable construction and highly playable neck make it a truly excellent choice for those who are just starting out. If you need an affordable guitar to take on the road or are just starting your playing journey, click here to check this guitar out today.