All of Taylor's guitars are high quality, but their high-end instruments are truly something to behold. Today, we're taking a look at the Taylor 814CE DLX, a beautifully-appointed Sitka spruce, and rosewood acoustic-electric. It has the tone to match its stunning looks, too -- from sparkling, clear bell-like highs to a defined low end.

Things to Consider Before Buying an Acoustic-Electric Guitar

Before you click add to cart on a guitar, it's a good idea to triple-check whether it's the right one for you. Here are some things to keep in mind before you buy:

Before we get further into our review, let's look at some pros and cons: Now, let's take a closer look at some of the features of this remarkable guitar.

The 814CE DLX is made in Taylor's most popular body style, the Grand Auditorium. This shape is essentially a cross between a dreadnought and a grand concert guitar. It's designed to avoid the pronounced low end you get with a dreadnought. However, it also has the projection capabilities of a grand concert.

The Grand Auditorium is a design that can accommodate fingerpickers and flatpickers alike, and its slim waist is incredibly comfortable to play. However, the real innovation here is the use of patented V class bracing. This game-changing bracing design adds extra stability to the soundboard parallel to the strings, which supports sustain and improved intonation. It adds flexibility to the rest of the soundboard, which adds greater resonance. Older models of the 814CE DLX were made with traditional X bracing, but current models come with V class bracing. If you want to hear a sound comparison between an 814CE DLX with X bracing and V class bracing, check out this video comparison.

Notably, this guitar also has a radius-style armrest. This helps protect your arm from irritation and fatigue, especially when playing for long periods of time. The armrest itself is a beautiful addition to the guitar -- it's made of maple

The neck is made in Taylor's standard profile, and it's made of tropical mahogany. This adds a little warmth to the sound. The 814CE is incredibly playable -- the action is low, and the naturally slick West African ebony fingerboard is comfortable and creates an ultra-smooth playing experience.

This is an acoustic-electric guitar you really have to hear to believe. Its highs are glittering, its lows have just enough presence, and there's a full midrange. All in all, it's incredibly tonally balanced, and it sounds equally good strummed, flatpicked, or fingerpicked. If you want to hear it for yourself, check out this helpful video demo.

This guitar comes equipped with Taylor's Expression System 2 electronics. This system is essentially an improvement on the under-saddle piezo pickup. Taylor's research found that the saddle doesn't move up and down when the strings move -- it moves slightly back and forth. The ES-2 changes the piezo setting from under the saddle to behind it. This results in a much more natural sound when you plug in and play.

If you're someone who hesitates to purchase an acoustic-electric guitar because you don't like the look of bulky preamps, the ES-2 has a feature you might like -- instead of a full mounted preamp, it has three knobs mounted on the side of the guitar. There's also a phase switch to suppress feedback. If you want a closer look at the ES-2, check out this interesting video from Taylor.

We've so far focused on the sound and playability of the 814CE DLX, but this is a stunningly appointed guitar, too. The West African ebony fretboard is adorned with mother of pearl element inlays, and the single-ring abalone rosette is edged in rosewood. A solid West African ebony bridge matches the fingerboard. Notably, the pickguard on this guitar isn't plastic -- it, too, is made of genuine Indian rosewood.

As one of Taylor's higher-end acoustic-electric guitars, this one comes with deluxe features like maple binding, and the armrest features rosewood trim. It also comes with chrome-plated Gotoh 510 tuners which help you stay effortlessly in tune. The saddle is made of micarta, and the nut is Teflon-infused graphite for both tuning stability and impressive durability.

Often, before buying an acoustic-electric guitar, it's a good idea to first see what other players think of it. In order to help you make a decision, we've found three helpful reviews of the 814CE DLX:

This is a glowing review, but it helps detail what the 814CE DLX sounds like. The intonation is spot-on, and the V class bracing creates a sound that's very tonally balanced.

In our research, we had trouble finding any negative reviews at all of this guitar. This reviewer found that it both sounded great and was highly playable.

This reviewer noticed the improved volume from the V class bracing. This feature makes the 814CE DLX a great acoustic to play unplugged, but the Expression System 2 also works well with it to create a clear, natural amplified tone.

The 814CE DLX is a once-in-a-lifetime guitar. And before you decide it's the right one for you, it's a good idea to look at some potential alternatives. Here are a few you might like: 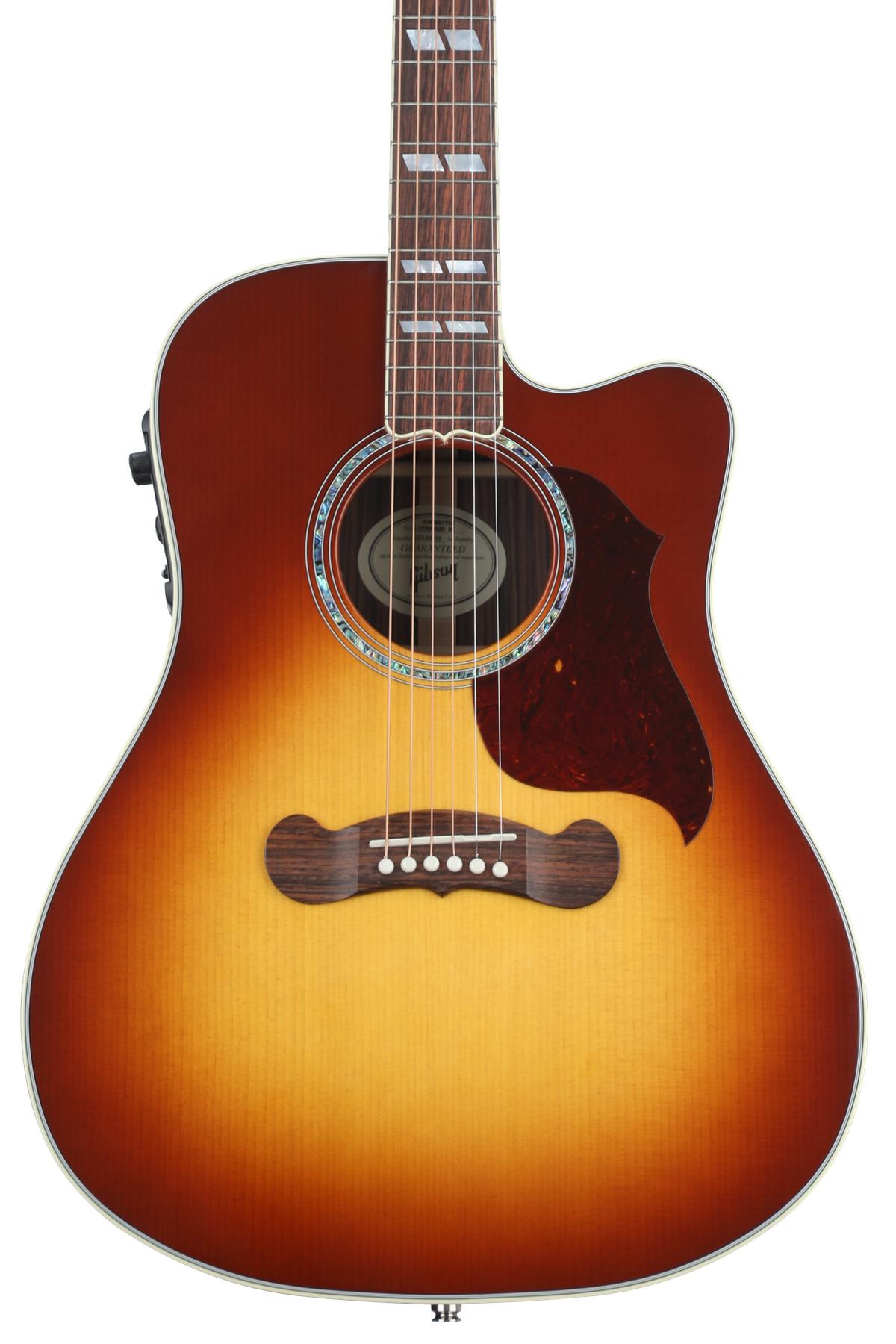 Structurally, this guitar is a little bit like the 814CE DLX, since it has a solid spruce top and solid rosewood back and sides. However, this is a square-shouldered dreadnought with a cutaway instead of a Grand Auditorium.

If you think you'd rather play a dreadnought, make sure you give this one a look! Taylor's Builder's Edition guitars come with premium touches, and this beautiful acoustic-electric guitar is a prime example. It has a torrefied Sitka spruce top, which is aged to sound like a played-in guitar right out of the box. The back and sides are made of figured bigleaf maple, which offers clear bell-like highs.

If you prefer the sound of maple to rosewood, make sure you check this one out! If you love the distinctive sound of koa, then this guitar is an ideal choice. It's made entirely of solid, highly-figured koa. Like the 814CE DLX, it's also made with V class bracing. This well-appointed instrument has an African ebony fingerboard graced by a unique spring vine inlay, making it one of the most visually stunning guitars we've seen.

If you have some more to spend and love the sound of koa, make sure you check this one out!

While the Taylor 814CE DLX is certainly more expensive than most acoustic-electric guitars, we think it's well worth the investment if you can afford it. From the solid Sitka spruce top and solid Indian rosewood back and sides to the incredible tone produced by V class bracing, we think this isn't one you want to miss. This guitar delivers an ultra-smooth playing experience you won't soon forget. And with looks to match its nuanced tone, it's a collector-worthy guitar, too. Click here to check it out!